The general theme of the event is sustainable development through leveraging collective – diaspora’s and Armenia’s – human capital potential. Adding to the AEA’s Diaspora for Development series, which started with conceptual overview of diaspora connection with the homeland and then addressed some institutional aspects of diaspora engagement, this webinar will focus on the topics of innovation and diffusion of new knowledge spurring economic development. Our special guest speakers will be Nuné Alekyan and Ruben Vardanyan, co-authors of At The Crossroads. This will be a fast-paced and insightful exchange of informed views on the diaspora’s economic engagement with Armenia.

Since 2017 Ruben Vardanyan and Nuné Alekyan collaborated extensively in writing the discussion paper “At the Crossroads: A Time for Solutions” to engage people around the world in discussing and shaping the future of Armenia. 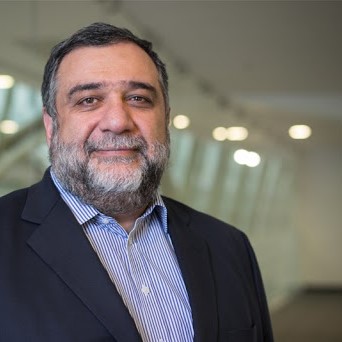 Ruben Vardanyan is an Armenian-Russian social entrepreneur, impact investor and venture philanthropist. A recognized expert in the global economy, entrepreneurship and education, he provides strategic consulting through his membership in boards of directors, advisory boards and trusteeships of commercial companies, non-governmental organizations, educational institutions, and public and professional bodies.

Ruben is known both for his commercial projects as well as his deep reaching philanthropic programs, such as the first UWC College in Eastern Europe (Dilijan, Armenia) and the Tatev Revival Project, part of which includes the construction of the world’s longest reversible cableway leading to an ancient monastery. Ruben is also co-founder of another global project, the Aurora Humanitarian Initiative, on behalf of the survivors of the Armenian Genocide and in gratitude to their saviors. 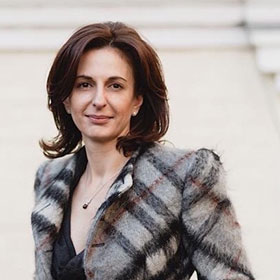 After a successful career in corporate marketing and strategy in Russia and the United Kingdom, Nuné Alekyan co-founded the Centre for Heritage Capitalization, a not-for-profit platform for dialogue between the government, private investors and experts in the field revival and reuse of the abandoned architectural heritage of Russia. Nuné has been involved in developing a strategy for the United World College Dilijan in Armenia at its early stage and contributed to the Moscow School of Management SKOLKOVO.